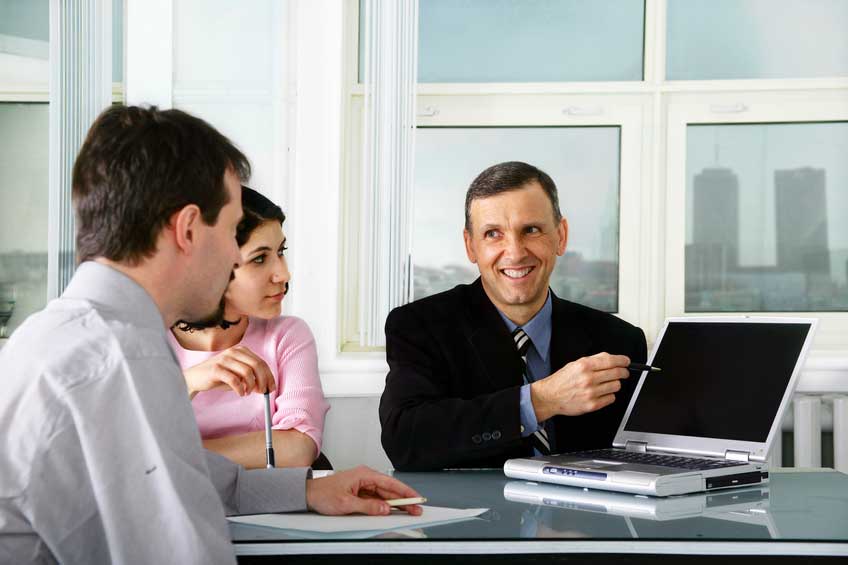 While evaluating the sales skills of three different business in Pennsylvania, we were able to point out to the sales managers one of the biggest opportunities for improvement in their sales processes. In each case, these sales managers had a manual that educated their reps on product knowledge and company background, as well as had a comprehensive section that covered what to say in the sales process.

Their sales training process taught numerous skills, but many sales reps were failing to recognize when buying signals were hot and when in the presentation the qualified prospect started to fade. By observing how a Philadelphia home improvement firm, a Pittsburgh dental office and an Allentown telemarketing firm each added buying signals into their sales training process, you will find numerous opportunities for your own sales team.

First let’s look at the home improvement firm. Their sales reps mostly met with prospect in person, they are in the prospects home and ideally had both husband and wife home when applicable. The reps were very knowledgable on the technical side and had a structured presentation to follow but were missing out on opportunity because they were focused on what they thought was important instead of the homeowner.

The home improvement experts homeowners deferred to them and let them lead the way a high percentage of the time. We observed the sales reps walking through the home and the prospect following. The percentage of meaningful appointments jumped when we had the reps have the homeowner lead them through the house.

In the sales training they learned to follow, watch and observe buying signals such as:

A. Let the homeowner walk ahead of you or side-by-side. This way, they tell you what they are noticing, what they wish was different, and what they are also not making a priority. Previously, many of the specifics the salespeople focused on had to do with what they were called into the home for and technical observations they made.

Once they followed the homeowner they noticed where the homeowner stopped and lingered, giving a subtle show of priorities. As they led the way they made comments unrelated to the initial visit, such as that a room is a bit small, or there is not enough closet space, or at some point we also need to change “X”.

B. Listen to how they say things. As they followed they found it easier to listen and observe. It was near impossible when they led the way. The prospect said more and went into more detail. They could now observe where the prospect showed more emotion. They could see desire, frustration, etc.

C. Facial expressions also gave many clues. They now made a conscious effort to see the eyes widen with excitement or anticipation when discussing some items compared to being neutral on other items even when those were the official visit for the appointment. They observed frustration and clues to concerns as well. They were no longer just promoting their A+ BBB rating or industry-leading guarantees. Instead, they were putting emphasis on things that matched the homeowners emotions. For example, they spent more time discussing how dust was minimized during the renovation process or how the home was left as clean as when the project started.

Our second client, the dental office in Pittsburgh, took the observation of body language and micro facial expressions even further. Their sales training was more advanced and the team learned how people try to hide their feelings, similar to someone not tipping their hand in a card game. They learned to spot subtle micro expressions that showed if the smile was genuine or condescending, or just a courtesy. They learned to spot fear even when the prospect said all was good. They learned to see the subconscious signals given by the prospect when they felt something didn’t seem right to them.

D. Notice micro rather than macro expressions. Micro expression clues included noticing that if the prospect crinkled their nose after the rep said something, it was a signal that in the prospect’s mind, something didn’t quite seem or smell right. It was happening after all sorts of comments, even simple ones.

For example, when the dental technician said “We will do a comprehensive repair and can get the work done in only two visits with insurance paying 80%”, the prospect said “great”. However, spotting the nose signal told the tech all was not great. Once they started addressing the concerns the nose crinkle signaled rather than the verbal signal, the booking of procedures significantly increased. The tech now knew the patient needed to become more comfortable before they could authorize moving forward.

They also learned how a non-symmetrical smile (one side goes up before the other) and the patient showing a bit of their lower teeth were signs the patient still had concerns. As they built up their understanding of micro expressions, they were able to avoid mistaking the patients polite answers as buying signals. Instead, they recognized how to read the patients real feelings and get them comfortable before asking them to schedule procedures.

And our third sales team based in Allentown was strictly telemarketing. They had zero visual buying signals. In their case, they had to learn to spot the audio or verbal buying signals. These come from listening rather than talking.

E. Listen to your prospects choice of words as well as their pace and strength to statements. A gentle “hmm” is a much weaker buying signal than a decisiveness “got it”. When you pause enough for the prospect to jump in and be engaged, you can hear their excitement. Their enthusiasm is often a sign they are ready to buy. Don’t talk over them or through the sale.

Once the sales team recognized that words and phrases such as “excellent”, “exactly”, “you understand what we need”, “you seem more thorough than other people we’ve spoken to” and so forth are buying signals, sales increased. Previously, they saw those and other positive statements as a reason to keep talking instead of a reason to start closing. This simple shift shortened the sales process, minimized objections and increased closing. They now responded to the prospect’s enthusiasm with, “let’s get this scheduled” instead of more and more info, which gave the prospect “more to think about”.

Sometimes reps are clueless to buying signals. Sometimes they are afraid of rejection so they use the positive buying signals as a reason to keep chatting with someone who is receptive and avoid the risk of possible rejection.

It is simple. Recognize buying signals and act on them and sales increase. Buying signals are a reason to start closing the sales.