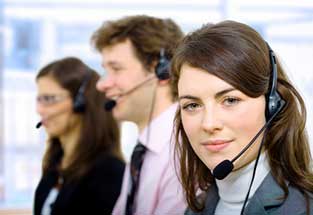 The main cause of a salesperson’s failure, statistically, may surprise you. It isn’t skill, or knowledge, or enthusiasm for the product: it’s time management and lack of organization. It turns out most salespeople fail because they don’t plan and don’t work on a timed schedule, therefore completely mismanaging their time. Simply put: all things being equal, the more time you actually spend selling, the more successful you will be.

This point was clearly illustrated with a telemarketing team in Allentown that booked appointments for a home improvement firm. There were 12 sales reps making calls and several had their success defined by how effectively they managed their time. One rep had natural ability. When he got a person on the phone he was charismatic and intuitively sensed the prospect’s needs and knew when to close. He did well but had trouble leading the pack in sales because he made significantly less calls than the other reps. Another rep had average skills but consistently out-performed other members of the team. He presented the home improvement services well and consistently. He fully understood sales is a numbers game and managed his time to get in more calls than everyone else. Each day he knew how many calls he was going to make and made sure they were made. While other telemarketers watched the clock each hour, he watched how many calls were made each hour. He knew how many calls it took to reach a prospect and how many prospects he needed to reach to make a sale. He viewed each dial as a mini-sale, and therefore felt he controlled his sales destiny each day.

The rep with more natural talent felt the “punishment” for not organizing his time with a lack of sales. By training him and the rest of the team on how to manage their sales time the reward was increased production. Organizing your time wisely is about more than just selling, though. It can also enable you to make the time for other things, such as spending time with friends and family, hobbies, and other non-work-related activities.

One of the best things you can do to increase sales is get more productivity out of the day. For instance, if your goal is to make more sales calls, ask yourself exactly what is required of you, and write it down. Next, think about how you should organize your work and time in order to increase sales. It’s much simpler than you may think. The only thing you can do is organize it – but do so in such a way that it benefits you and your work. Generally, it’s not that salespeople don’t know how to organize their time, it’s that they don’t organize their time.

Sales Training: How Call Volume Was Easily Increased by 10% in Philadelphia PA

Each rep focused on selling to a specific community in the Lehigh Valley, such as Bethlehem, Easton or Allentown. This allowed them to customize each presentation to that community and its residents. They learned a variety of approaches to increase call volume, and the more calls they made the better they would do. Each rep was supposed to make 50 calls per day. Through the sales training process they learned how to control interruptions, “gotta minutes”, procrastination, email distractions and many other issues that prevented reps from achieving the appropriate call volume.

To further increase their volume they simply:

By simply changing their routine slightly and pushing a tiny bit out of their comfort zones each rep found a way to make 5 extra calls per day. That was 25 calls a week which gave them a full half a day’s call volume, which added up to an additional 10% in call productivity. Interestingly, sales went up by even more. Each of those calls was made with enthusiasm and purpose. The prospect can notice that too, and all of that helps close more sales.

The first step in organizing your day, or week, or month, is to start. That’s it. Many salespeople need the motivation to do so, which is why it rarely gets done without a kick start. So stop contemplating how to organize, and start organizing.

Mark Anthony of Training For Success has been serving and presenting custom workshops for clients on six continents since 1988. For more information on sales training courses and programs tailored to your team, call 877-358-4472 or or email us at info@pennsylvaniasalestraining.com.